Background: Until a recent change in guidelines, HIV-infected patients on antiretroviral therapy (ART) in Uganda were monitored using CD4 cell counts only. So far, little is known about prevalence of drug resistance among HIV-infected patients with virological failure (VF) after immunological treatment monitoring in Uganda.

Methods: From June 4th – September 30th, 2015, viral loads were done in HIV-infected adults (³18 years) on ART for at least 6 months presenting to the IDI in Kampala. In case of VF (>1000 copies/mL), HIV genotyping was requested. Sequencing of partial polymerase gene was conducted using an in-house protocol. All sequences were submitted to the Stanford University HIV Drug Resistance database and the surveillance drug resistance mutations were identified using the 2009 WHO mutations list.  HIV-1 subtypes were determined using REGA version 3.0.

Conclusions: With 92% of all patients virologically suppressed, the overall prevalence of VF was low, and is in-line with the third of the 90-90-90 UNAIDS targets.  However, the majority of failing patients had developed resistance to more than one drug class, suggesting that failing regimens – not identified as such by CD4 monitoring – had been in place for a prolonged period of time. 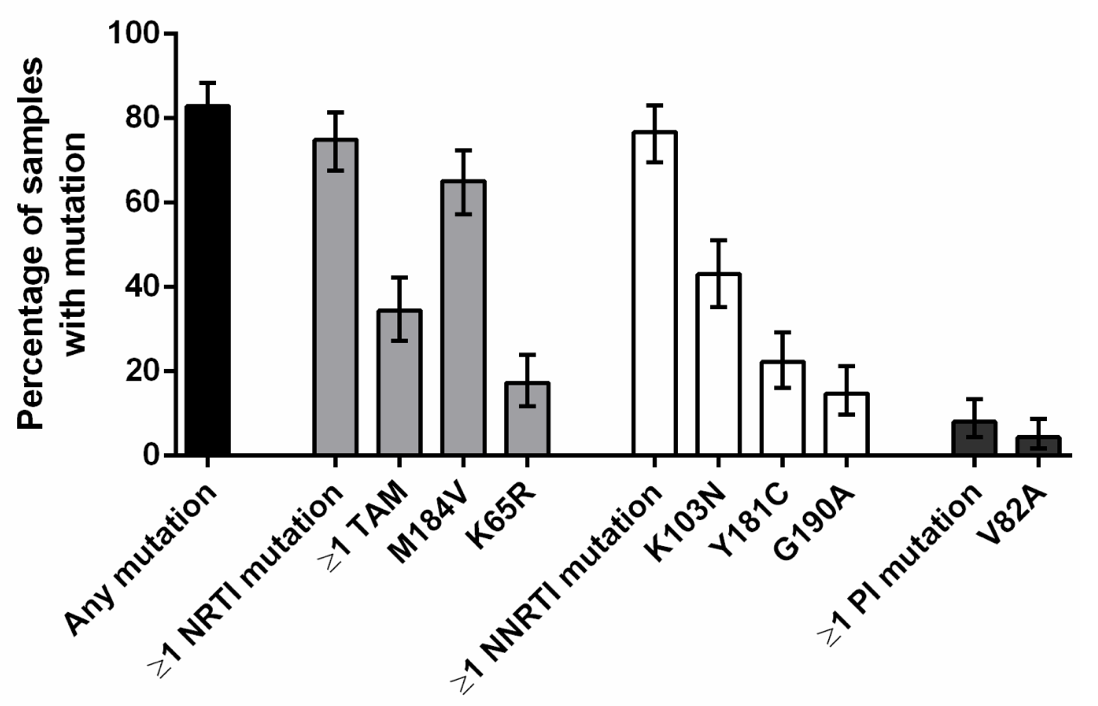 Figure: Type and frequency of most prevalent resistance-associated mutations observed